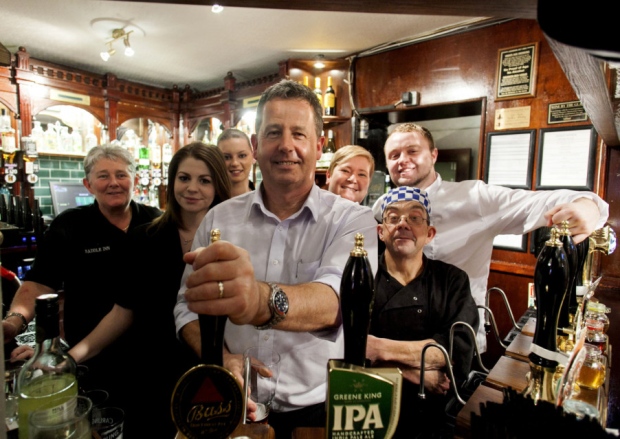 06:30Wednesday 19 November 2014
Blackpool’s oldest pub has been given a new lease of life while another top watering hole has also had a six figure makeover.

The Saddle Inn, on Whitegate Drive, which dates from around 1776, has reopened after being spruced up to make the most of its historic features.

It has also retained its two bar rooms with their log fires to retain its traditional pub feel.
Meanwhile, the Dunes Hotel, in Lytham Road, has received a complete revamp to give it a more modern look.

The £170,000 transformation of the Spirit pub company pub has created six new jobs.

General manager at the Dunes Duncan Woods said: Blackpool is a fantastic town and the Dunes Hotel is at the heart of this community.”

He said: “We have maintained the historic feel to the pub with the refurbishment taking care to breathe new life into existing features and furniture, rather than alter to a modern style.

“The two open fireplaces, which our patrons love, stay, while outside in our garden a pergola with lighting and heating has been installed.

“We are a small, traditional pub and are excited to showcase our new look to our loyal regulars and look forward to welcoming plenty of new customers to The Saddle.”

The Saddle team hosted a VIP reception for customers with complimentary pink bubbly and tasters from the pub’s relaunched menu, served in a buffet.

The pub, on Whitegate Drive, is the longest continuously licensed premises in Blackpool and was said to be owned by Richard Hall, a ‘saddler’.

It is known for its range of cask beers and as part of the refurbishment will now serve locally sourced ales from Lancaster and Lytham breweries as well as award-winning national ales. Two handpull ciders will also be on tap.

Andy added: “The refurbishment is great timing, as we have recently launched our new menu.”

It has extended its food-service hours to offer breakfasts from 10.30am.