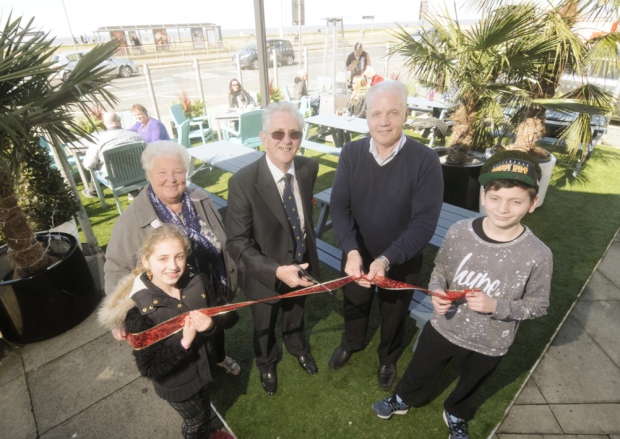 11:55Tuesday 07 April 2015
A popular Blackpool pub has reopened after an investment in its beer garden.

We are aiming to welcome the summer in with a weekend full of activity and make sure we have catered to customers’ every need, ensuring everyone’s enjoyment of the holiday.

Mr Craig said of the refurbishment: “We are really lucky to have such a great garden space here and now we can really make the most of it.

“We are aiming to welcome the summer in with a weekend full of activity and make sure we have catered to customers’ every need, ensuring everyone’s enjoyment of the holiday.
“We raised money for Donna’s Dream House over the course of the Bank Holiday, and also decided that kids would eat for free in honour of the charity.”

Donna’s Dream House provides free holiday experiences for children and teenagers with life-threatening illnesses, their families and for recently bereaved siblings and their families.

Brewed at nearby Lytham Brewery, it is a nod to the pub’s heritage as part of the Duttons Brewery, which built the pub in the early 20th century.

The weekend also showcased the new lighting effects system, new furniture and synthetic grass, as well as an array of shrubs and plants that have been introduced.

And the revamped pub has announced six new jobs have been created.

Easter Bank Holiday marked the start of the Dutton Arms’ summertime opening hours, with the pub welcoming customers in for breakfast at 9am to start the day in style with a range of breakfast dishes from the traditional full English breakfast to poached eggs and bacon, to porridge served with maple syrup or jam.

The pub has also introduced a selection of craft beers.