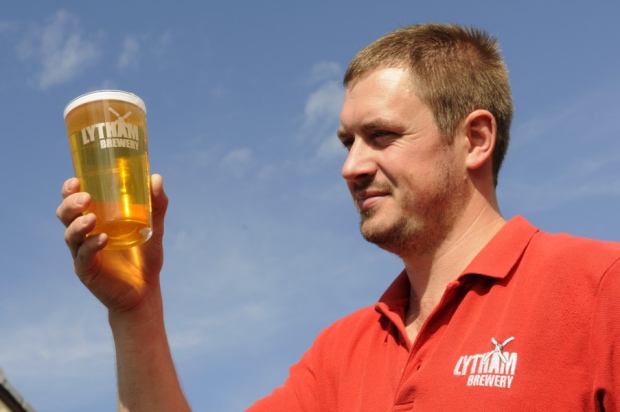 17:00 Tuesday 01 September 2015
Beer buffs raised a glass or two to celebrate the best in brewing on the Fylde coast.

Ale fans had two festivals to choose from with the Lytham Brewery’s open days and a beer festival at Marton Institute.

Hundreds turned out over the Bank Holiday weekend to see how the magic is created at Lytham Brewery in Cambells Court, Lord Street, St Annes.

Visitors were treated to a brewery tour and detailed explanations of how the range of ales is produced at the family firm.

Andrew Booker said: “It has gone very well. We have had a steady stream of people coming into see us.

“We have even had some neighbours come in who didn’t even know there was a brewery near their homes, so that was really good.

“We showed people the brewing process and also told them about how the malt is then used as a feed for local farms. There was food produce available at the festival which we had helped grow!

“We had speciality sausages, wild boar and pulled pork.

“We often get people asking about brewery tours but if they are just ones and twos it is a bit difficult.

“So we thought let’s have an open day and people can all come through together.

“It was not about selling beer, we can do that anytime, it was about letting people see what we do here.”

He said they had 18 cask beers and eight craft ciders available over the weekend including some from other local producers such as the Fuzzy Duck brewery in Poulton.

“We have nothing left in the barrels at the end, which is as it should be.

“So it was a great success and we will be doing it same time, same place next year.”

The brewery was founded in 2007, at the Hastings club in Lytham town centre.

Due to demand its brewing capacity has grown five fold and it now occupies bigger premises in St Annes.

Its beers are sold across the North of England and it produces 10,000 pints a week.